For me, he is very much important because of his contributions. This is what happened. After completing his PhD, He worked at NYIT's Computer Graphics Lab, serving as an assistant professor at the University of California, Santa Cruz from 1974 to 1978, and then as an associate professor of electrical engineering at Stanford University from 1979 to 1982. His research work concerned geometry pipelines, specialized software or hardware that accelerates the display of three dimensional images. The peak and zenith of his group's advancements and collaboration was the Geometry Engine, an early hardware accelerator for rendering computer images based on geometric models which he developed in 1979 with his students at Stanford. In that way, Jim Clark improved the three dimensional graphics of multimedia by improving computer graphics. He is also known for his thesis entitled : 3-D design of free-form B-spline surfaces. Now, can you imagine how great that is? With that contribution, advance movies also emerged. There is one thing that I found out that I have not found before. In 1982, Jim Clark altogether with several Stanford graduate students founded Silicon Graphics, Inc. (SGI).The first Silicon Graphics graphical workstations were mainly old terminals, but they were replaced by stand-alone graphical Unix workstations with a very fast graphics rendering hardware. In the mid-1980s, Silicon Graphics began to use the MIPS CPU as the foundation of their newest workstations. Afterwards, Silicon Graphics became the main in the production of Hollywood movie visual effects and 3-D imaging. That is the reason why we have high quality movies that have good visual effects. I thank them for creating those visual effects because I cannot imagine watching a movie with the same boring piece of old film rendered with no special animation. Of course, Silicon Graphics focused on the high-end market because they wanted to create a charge which is premium for their graphics software and special hardware offers. But here is the saddest part. In the early 1990s, he fell out with Silicon Graphics management and left the company. Well why would he decide to leave? In 1993, with the help of his co-worker Marc Andreessen , they developed the Mosaic: the first widely distributed and easy-to-use software for browsing the World Wide Web, while employed at the National Center for Supercomputing Applications (NCSA). Even though he left Silicon Graphics, Inc. , he managed to create something fresh and new. The next year James H. Clark and Andreessen founded Netscape. The founding of Netscape and its IPO in 1996 launched the Internet boom on Wall Street during the mid-to-late 1990s. It enabled browsers to easily find and search the websites. Jim Clark reaped the financial benefits of that success—with an investment of US$5 million, he earned US$2 billion. Imagine that huge amount of financial gain? Rich right? Just as the Internet boom came to an end, Clark moved on again and Netscape was later sold to AOL. What is a web browser? It is commonly referred to as a browser, is a software application for retrieving, presenting, and traversing information resources on the World Wide Web. An information resource is identified by a Uniform Resource Identifier (URI/URL) and may be a web page, image, video or other piece of content. So what is Netscape? Formerly known as Netscape Communications Corporation and commonly known as Netscape, it is an American computer services company that is known for Netscape Navigator, its web browser. It eventually moved its headquarters was in Mountain View, California. Netscape's web browser was once dominant in terms of usage share boosting it’s mainstream popularity but had suddenly lost most of that share to Internet Explorer during the so-called first browser war. Because of this browser war, it’ popularity had declined. The usage share of Netscape had fallen from over ninety percent in the mid-1990s to less than one percent by the end of 2006. Such a huge loss. It is credited with JavaScript as well as developing the Secure Sockets Layer Protocol for securing online communication. Netscape stock traded from 1995 until 1999 when it was acquired by America Online (AOL) in a pooling-of-interests transaction ultimately worth US $10 billion. Before its acquisition by AOL, Netscape released the entire source code for its browser. Netscape also created the Mozilla Organization to help and coordinate future development of its new upcoming product. The Mozilla Organization rewrote the entire browser's source code based on the Gecko rendering engine; so all of the future Netscape releases were based on this rewritten piece of code. The Gecko engine would later be used to power the Mozilla Foundation's Firefox browser. Under AOL, Netscape's browser development continued until December 2007 when AOL announced that the company would stop supporting the Netscape browser as of early 2008. AOL has continued to use the Netscape brand in recent years to market a discount Internet service provider. The main reasons why it failed it’s popularity in the market is because the consumers started hating it. It has been criticized for various reasons. Perhaps the most severe is that, in contradiction to its claimed emphasis on security, it inherits all the weaknesses of it’s engines, making it very much less secure than either Firefox or IE on their own. I personally think that Netscape Browser should somehow have some sort of respect. Without it, modern browser would have not been implemented. Even though it is not the most known web browser today, where Google Chrome is dominant now, at least it started the legacy of showing which browser is the best and easy to use. Maybe it shall get it’s popularity again some other time. Thanks to Jim Clark for his contributions to both graphics and web browser. 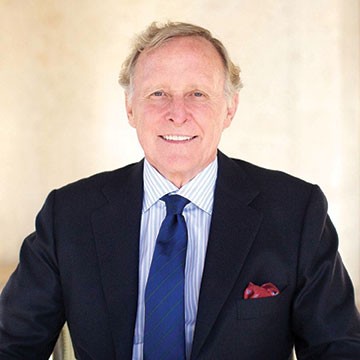 Entrepreneurship is the key to emerging technologies.